The first thing we did this morning was walk across the Charles Bridge. It has tons of interesting statues all along it and is a must see. We found a little cafe for breakfast and consumed the most massive ham & cheese omelets. The weirdest thing happened at breakfast – this kid from UW-Madison walked into the cafe we were sitting it with his girlfriend and probably her parents? I met him at freshman orientation 3 years ago and have RARELY seen him on campus since but somehow we ended up at the same cafe for breakfast in Prague. Small world.

After breakfast we went to the Jewish Quarter to check out the synagogues. They are all the original and had never been destroyed or abandoned like the ones in Budapest. We didn’t end up doing the whole tour and instead observed them all from the outside.

Our next stop was the Old Town Square. We first saw St. Nicholas Church. They were putting on a classical orchestra concert at night so we decided to buy tickets for the show.

The Church of the Lady Before Tyn is tucked away behind all these touristy restaurants making it nearly impossible to see anything but the top.

We also stopped and watched the astronomical clock change at the hour. The crowd was insane. It was almost more fun to watch the crowd watch the clock. 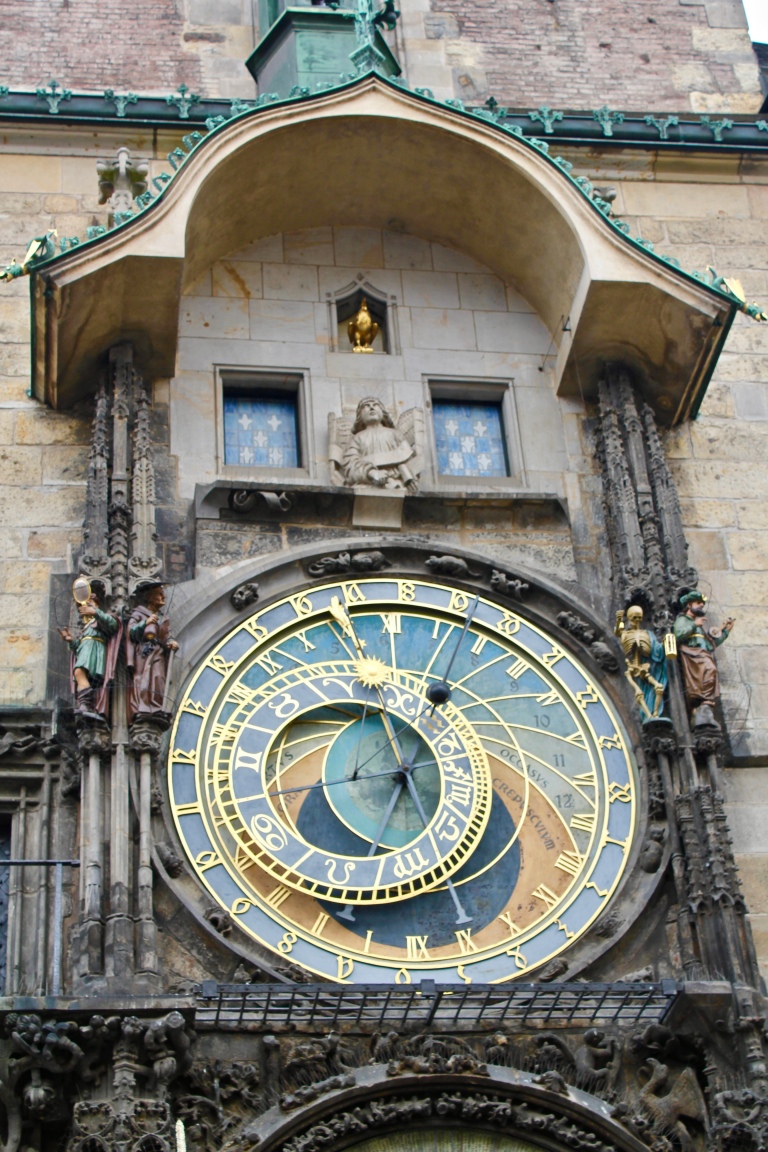 Wencelas Square was next which turned out to basically be a shopping center for the city. Nearby was the Museum of Communism so we spent a good amount of time learning about the communist past of the Czech Republic.

We stopped for lunch before trying to find a history museum. We wanted something like the one in Budapest that had given us a timeline of the city’s history. The National Museum doesn’t offer anything like that so we hopped on a tram instead and rode it to the National Gallery. The building houses a lot of modern art as well as features artists like Gustav Klint and Andy Warhol. I loved the artist Alois Vitík. 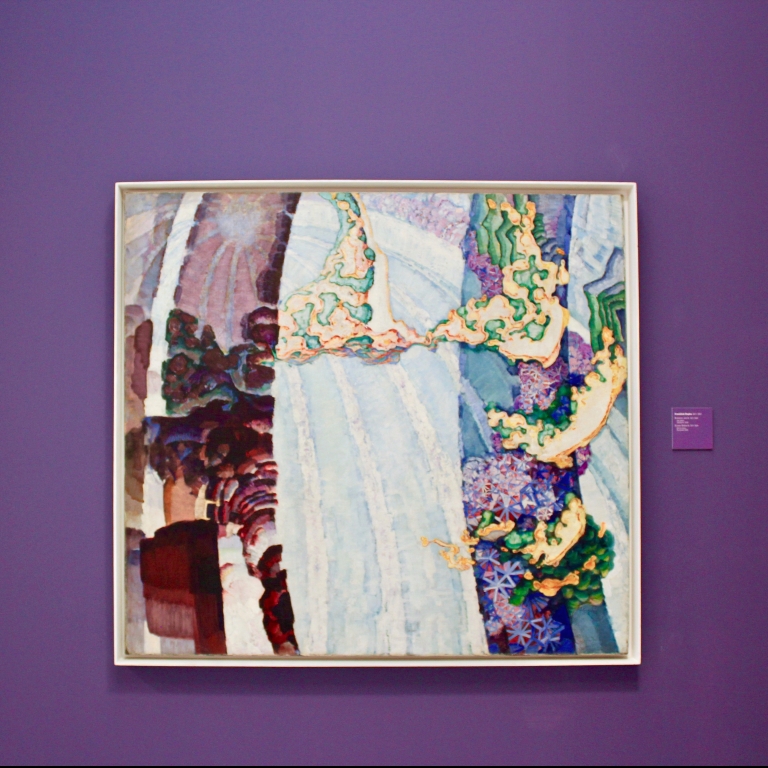 We arrived back in Wenslas Square late in the day and each got a chimney cake. I got mine with whipped cream and strawberries and Margo got ice cream in hers. We walked with our treats to the Old Town Square and sat on a bench watching people watching. A street performer eventually started his show and laid on nails. 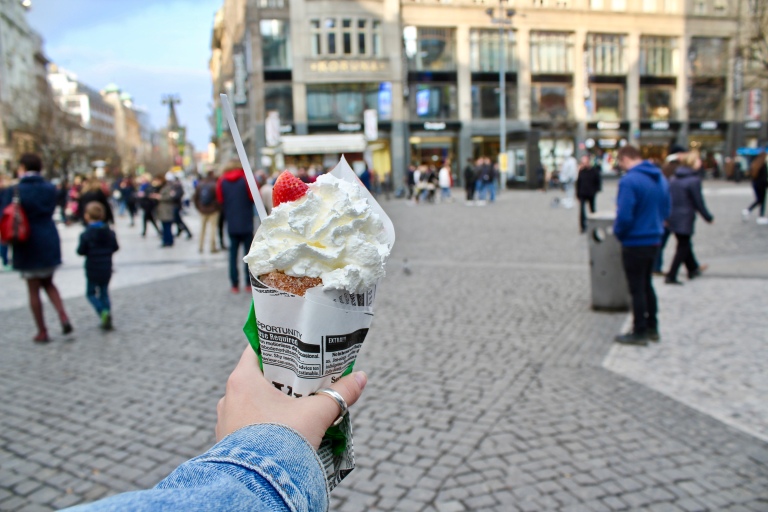 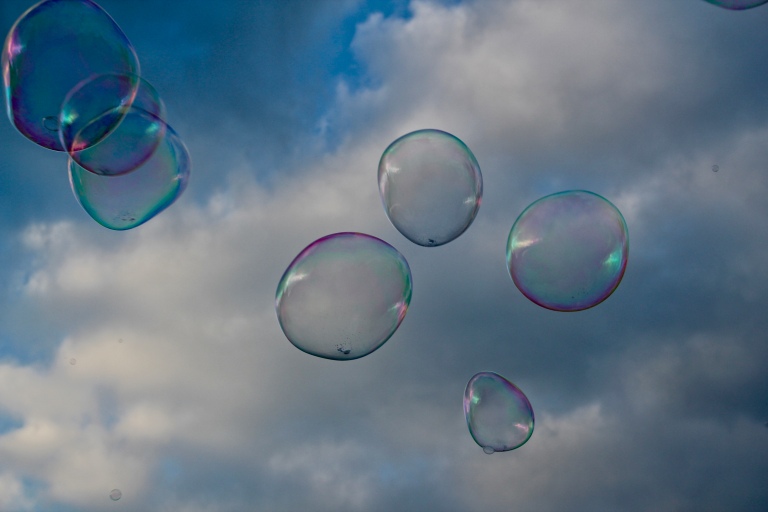 We got a drink and small dinner in the square before the concert watching the sunset. The concert played for around an hour and featured all classical orchestra music. Since the church was so cold they had outdoor heaters going inside the whole time as well as butt heaters on the pews. 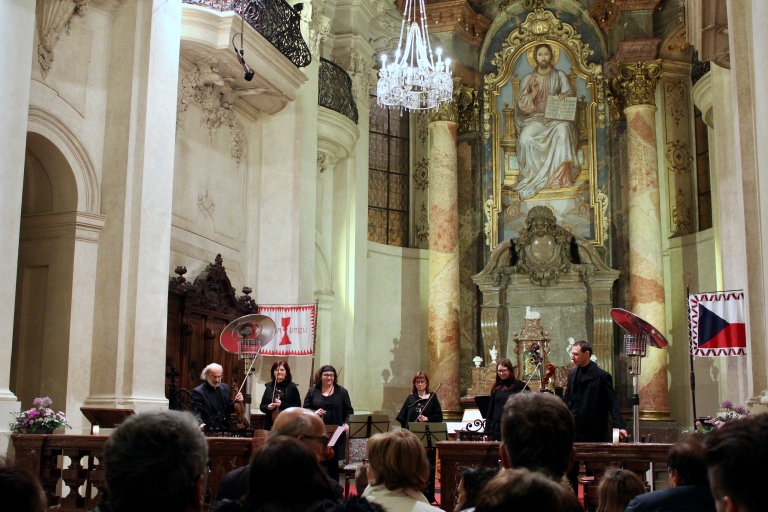 We stopped for gelato on the way back to our hostel.

We’re doing the other side of the river tomorrow!

One thought on “Praha”