Today we woke up and our hotel served free breakfast. Margaret left without me to visit Lagos with the friends we met the previous night so I had the day alone in Faro. Hmm, what to do?

I booked a boat trip around the natural park area for 11 am which was about 3 hours long. I had time to waste before that as I was up at 9 am and life in southern europe doesn’t start until at least 10. 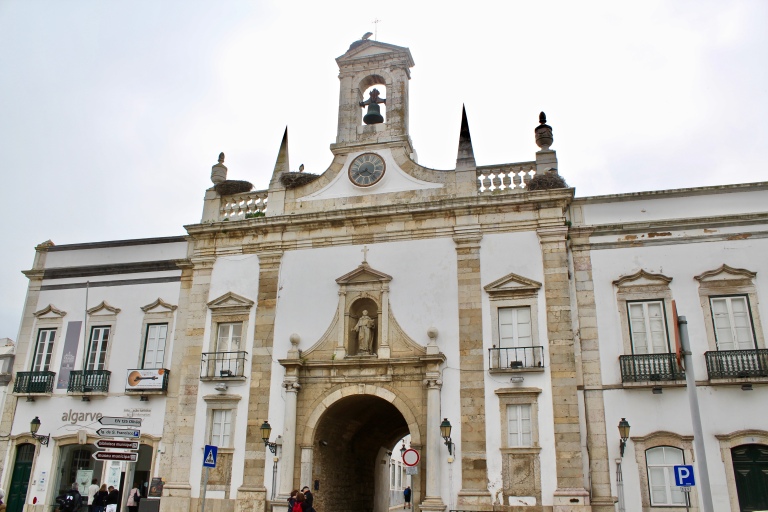 I went and picked up a sweater from our room and then saw a few churches in the neighborhood north of where we were staying. I wanted to see the ‘main event’ Sé (seems like everywhere in Portugal just calls their oldest cathedral that) but there was a service so I postponed it until later in the day.

I stopped for coffee and then sat on the marina and enjoyed the breeze and warm sun on my face.

When I got to the boat dock I was the last one there! The tour guide yelled “You’re late USA! Let’s go!” Already on the boat were 5 people in their later days, one middle aged man and a woman like myself. I was by far the youngest and everyone seemed very surprised I was on my own. 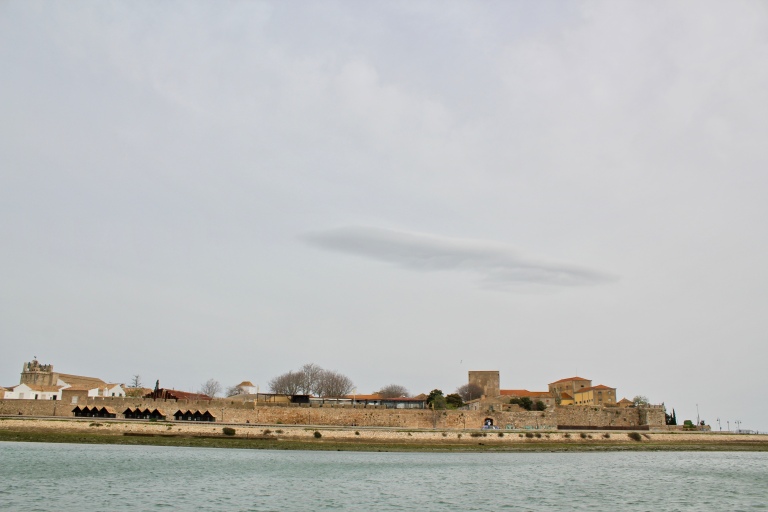 The tour guide was extremely entertaining and told us a lot about how the islands were formed. Over time, the sand from the Sahara  Desert has blown across the Mediterranean Sea and deposited to form these muddy islands. The birds love them and we saw nearly 10 different species. The islands are great for the fisherman at low tide too because all the clams sit deep in the mud. I can’t imagine how bad their backs must hurt at the end of the day! Faro has a huge clamming industry though. The white clams are sold if they are big and the small ones are thrown into a mud pit until they grow and turn brown or black in color. These ones are worth nearly twice as much!

We stopped at two islands during the tour. The first was a more lived-on island that featured a big lighthouse, restaurants and lots of little summer homes.

We had time to explore the island and I went down to the sandy beach and sea water. I unsuspectingly got splashed when taking a photo soaking my pants nearly to the knees. That wave came in much faster and stronger than I’d suspected it would. Gotta love the ocean. 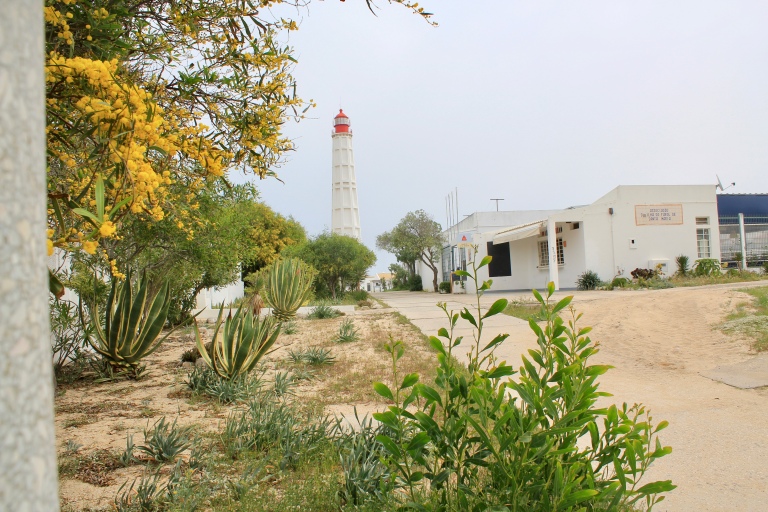 On the way to the second island we had some nice views of the waves breaking over the pier. The point where the islands nearly meet is the furthest southern point of Portugal. Apparently it’s pretty well known for drug import since it’s only 4 hours by speedboat from Northern Africa. The wind coming from the sea was ridiculous though and speeding up didn’t do any favors for my already knotted hair.

The second island was a 14 kilometer long white sand beach. It has a real name that I can’t remember for the life of me but marketers decided to call it Deserta Island to appeal more to the tourists. It only has a restaurant and a boardwalk on it but I imagine if it was a lot less windy and a bit warmer everyone would want to spend the whole day on that beach. 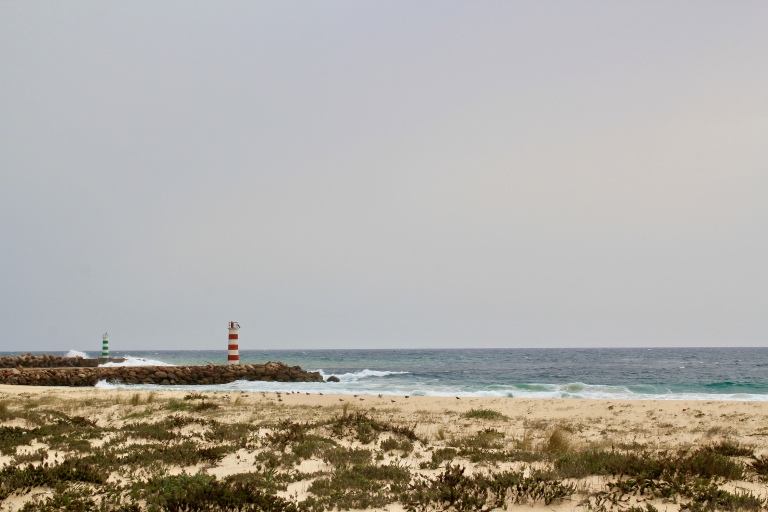 After the boat ride I got a crepe for lunch and then went inside Sé and up to the top of the bell tower. The old town is very nice from above but you can see an extreme distinction between the old town and the new part of the city behind it.

Around 5 I met Margaret at our hotel and we walked into the old town to go to a terrace bar above the water and meet up with all the other girls. The view for the sunset was spectacular but of course the sunset ended up being anything but that. We ended up at the same tapas restaurant as the night before since it was one of the ONLY places open. It turned out okay since the food was delicious, the wine was superb and the handsome servers didn’t do any harm. We shared vino verde yet again and filled our bellies before calling it a night.

Unlucky for us, our entire last day it rained and there is remotely nothing to do in Faro if it’s raining. So, guess what we did – yup! Sat in a cafe for 6 hours and then went to the airport to fly home.

Because of the bad weather there was quite a bit of turbulence. I remember always loving turbulence when I was little. It always felt like a rollercoaster or the frog-drop ride that flips your stomach in 17 different ways. I guess I outgrew that since that now just annoys me more than anything.

The Dublin airport was decked out in everything orange, white and green and all the lights in the city were changed to green. If that’s any indication for St. Patty’s Day it’ll be good.