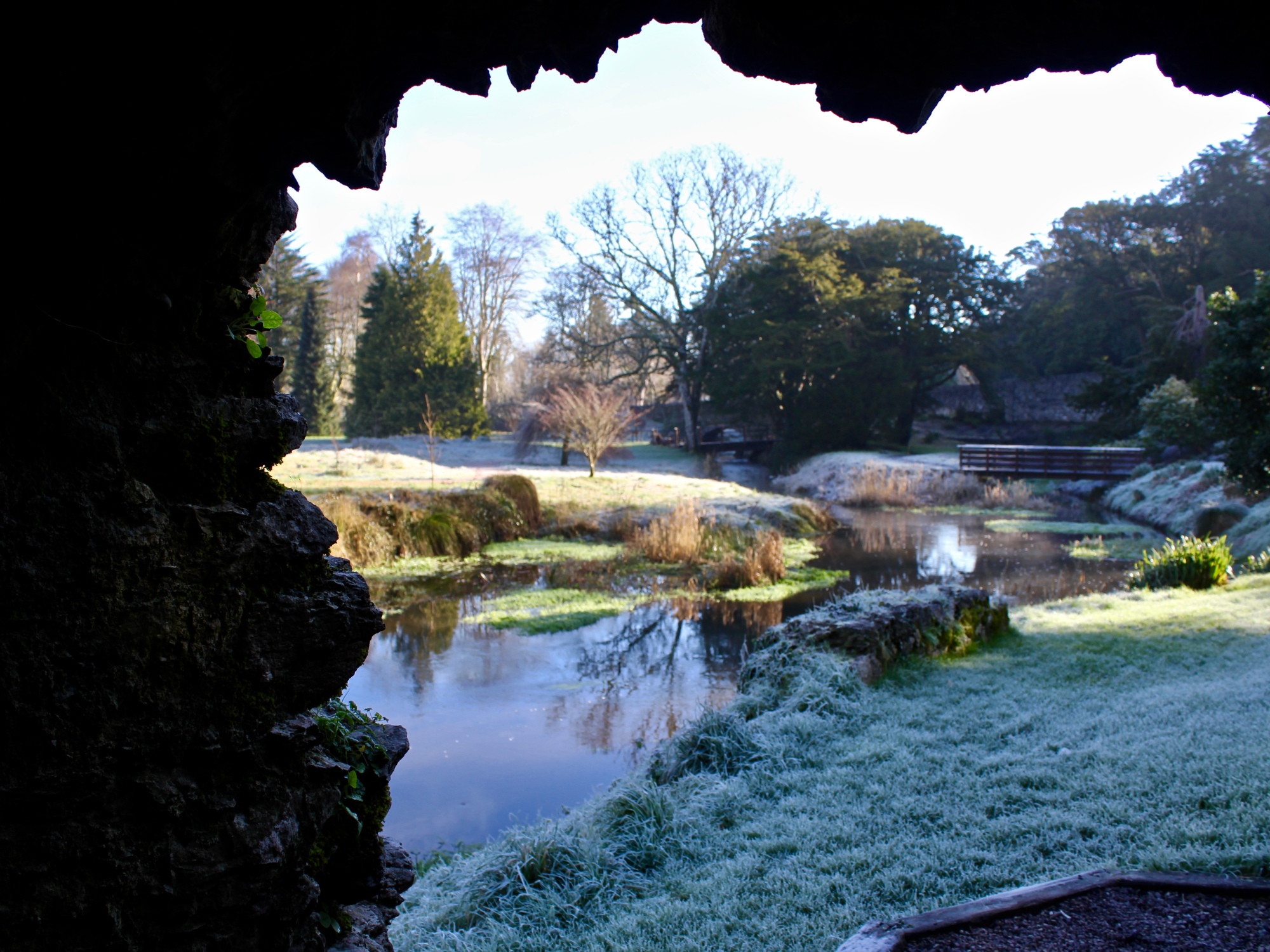 Sunday funday was filled with castles. We first drove to the Blarney Castle just outside of Cork City. The Blarney Castle has a long history which dates back to 1446. The best part of this castle is the “scary potties.” Exploring the castle is really cool because it’s really just the foundation, walls, and stairs. A lot of the floors are even missing but you can see where the inset for fireplaces were. The Blarney Stone is a block of limestone inset in the defensive upper wall of the castle. According to legend, whoever kisses the stone is bestowed the gift of eloquence. Honestly i’m gonna agree with my sister on this though – kissing the stone is kind of gross but at least i’m eloquent now. The castle was built at the cross of two rivers and the entire area around the castle is dedicated to nature walks and gardens. We stopped for a quick lunch in Blarney and then hit the road again towards the Rock of Cashel where we were stunned with this gorgeous rainbow. Ireland is without a doubt giving me my fair share of finding that pot of gold.

First off i’m still a little confused at what the Rock of Cashel is… so naturally I googled it and then looked it up in my Ireland book. Historians theorize that the mass was born during the ice age. Urban legends say it was created when the Devil himself took a huge bite of the Slieve Bloom Mountains and spit it out. So basically it’s a huge limestone mass rising above the city which became the center of the reform movement of the Irish Church.

Honestly the name is a little deceiving.

Unfortunately, the buildings were closed which gave us free entry but meant we could only see the outside. You’d think coming during the tourist off-season would be a great thing but so far things are always being restored or renovated. Hore Abbey is a ruined Cistercian monastery – monks and nuns of the Roman Catholic religious order. It was a long drive back to Dublin and I napped nearly the whole way. I’ve decided you see A LOT on driving tours since you’re given the opportunity to stop and detour whenever you like. I’ve also decided that we may have been a little ambitious with our travels since we spent very little time in Cork.

Another excuse to go back perhaps…